The starting point was the avionics. Much has changed since 1978 and the absence of an HSI was an increasing irritant. The avionics shop suggested that the Aspen 1000 PFD would be more economical than retrofitting a steam driven HSI nad would add a great deal more! Needless to say, the old Collins Radio/Nav in box 2 was also past its best and with European legislation increasingly requiring Mode-S for international excursions a second 430W as well as a new audio box and Garmin 330 were selected and installed by Lees Avionics (now GAMA). A photo of the acceptance flight is in the Gallery - with the general view of how the new kit fits in the existing cockpit layout.

The other issue was the paint! After almost eight years of service for me - and a few more for previous owners - in her red and white scheme (which I loved - but my wife did not!) it was time for a change.

Craig Barnett at Scheme designers was contacted for some design help and we set about reshaping the looks of BOLT.

With the help of my wife, family and a number of friends who also fly BOLT (especially Vicky & David) we decided on the new scheme shown in the Gallery.

The colours are Ming Blue Metallic for the lower portion and Medium Metallic Silver for the accents and the silver stylised "S" lightning bolt on the tail.

The first photo shows me having collected her from the paint shop (Easter Air Executive) aftyer her bare metal respray at Sturgate on August 20th 2011.
The scheme has attracted a great deal of positive comment at the airfield.

In order to keep the "old lady" happy (and all those electronics dry), I have also arranged for her to be hangared as well.

The first few flights have been great fun - learning how to use the new kit whilst revalidating my IMC rating. The Aspen has performed brilliantly and has been very intuitive to learn for someone with little "glass cockpit" experience.

My other Gallery shows some of the adventures that G-BOLT and I have shared over the past few years...

...I am now looking forward to a full interior refit next year and then many more years of flying in my lovely Commander!
Read More 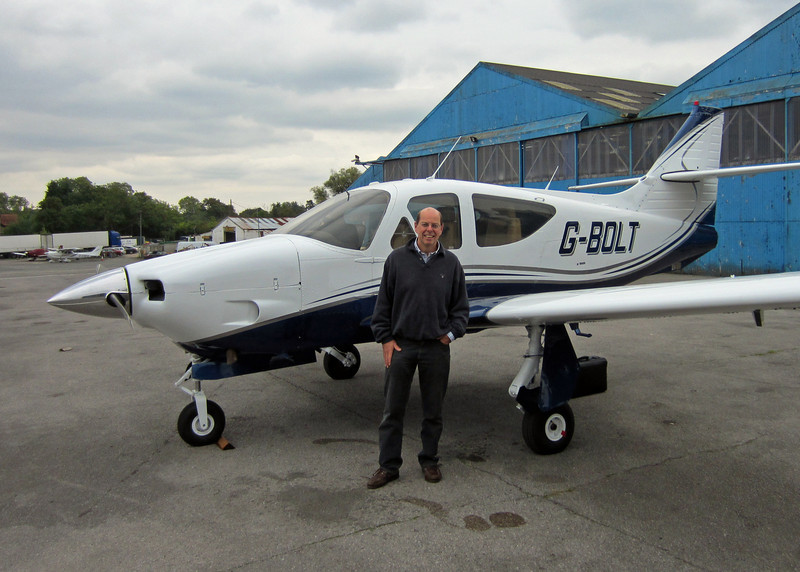