The late serial number (she was first registered 16/10/78) denotes the fact that she is very close to 114A spec, with double glazing, the Century III autopilot and full leather interior. The avionics have been upgraded with a GNS-430 linked to the A/P. However, she still has only a two blade prop and there is plenty of scope for upgrades.

According to CAA records she was imported into the UK as N5883N and I understand that I am the fifth UK owner.

BOLT has been based at Elstree for about four years now. Having looked at her at the airfield when I was training for my PPL, I knew that a Commander was what I was aiming at. I flew my first 200 hrs on training aircraft and then purchased Piper Archer G-HARN (shown in one of the photos together with BOLT). Having obtained my VP and retractable rating on the Commander 114 with Mike Perry at the Commander High Performance School in Guernsey in October 2002, I set about finding the right Commander at the right price. G-BOLT was the answer!

The updated photos from 2005 show that the last few months G-BOLT has indeed, been out and about in Europe and the UK. We have visited 9 new airfields this year - 4 of which have been in Continental Europe. I have been really enjoying touring in the Commander.
Read More 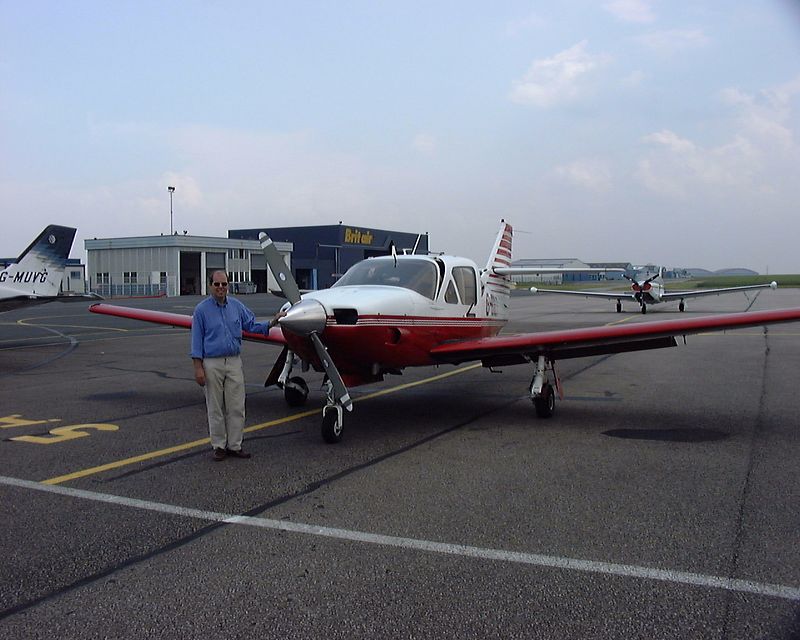